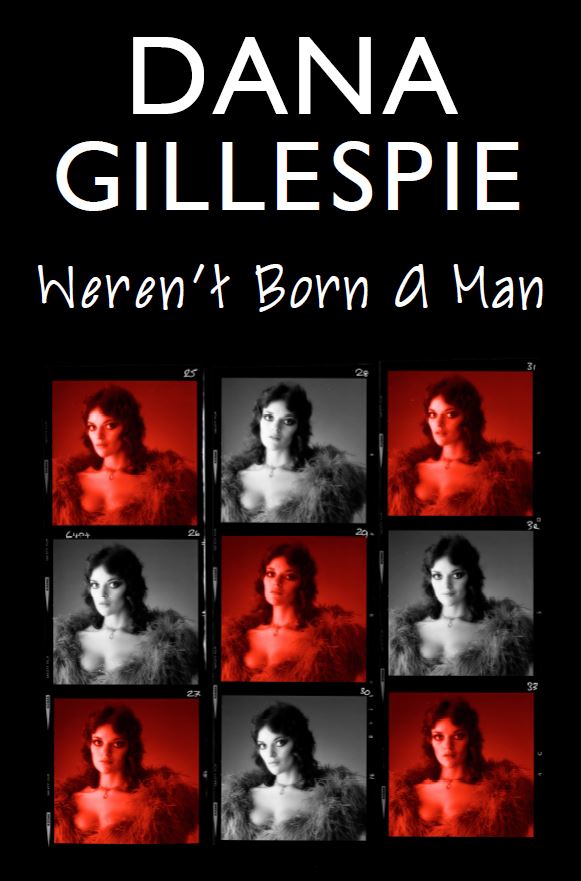 An excerpt from Chapter 2 of Dana Gillespie: Weren’t Born a Man

By now, I was a regular at the Marquee Club, and whenever I could go, I would be down there, getting my fix of the Blues. One evening, Friday the 6th of November 1964 to be precise, the headliners were Gary Farr and the T-Bones, but I was more taken by the lead singer in the support act, who were called Davie Jones and the Manish Boys. The singer was dressed in knee-length, fringed suede boots, a white baggy shirt, and a waistcoat, and the overall effect was something of a Robin Hood look. But most striking was his hair; it was shoulder length and lemon yellow, with a sort of Veronica Lake cut. This was around the time when the press was complaining about the hair length of The Beatles, but this guy’s hair was far longer. It sounds so silly to even talk nowadays about the length of someone’s hair, but back then it was so unusual that it was eye-catching.

I watched the band do their set, though I must admit that I can’t remember anything about their music. Later, once the show was over and I was standing at the back of the club brushing my waist-length peroxide blonde hair, the singer came up to me from behind and – taking the brush from my hand – carried on brushing my hair while asking me if he could come home with me that night. Of course, I said yes. Little did I know, then, that this young chap would go on to become one of the best-known artists in the world, the iconic David Bowie.

We left the club together and walked the half-hour it took to get to my home in Thurloe Square, where I smuggled him past my parents’ bedroom and up to the top floor. I did briefly wonder how I was going to explain his presence to my parents in the morning, though I didn’t worry about that for long. We landed up in my single bed and, to be honest, I can’t remember what we did. It was really late, it was a small bed, and I wasn’t sufficiently experienced to fully know what I was doing. I’d had my moments with the ski instructors but was still pretty innocent, and David was also very young (though probably knew a bit more than me). I know we messed around a bit sexually, so let’s just say that we spent the night together, horizontally.

In the morning, I had to go to school, so I needed to get him down past my parents’ bedroom and out of the house. My mother and father must have heard us coming down the stairs because they both appeared on the landing. Straightaway I introduced him by saying, “This is David”, upon which David shook hands with my father and then trotted off. My father told me afterwards that he thought I’d had a girlfriend with me, because of the long hair.

It only occurred to me later that David had needed somewhere to stay, as it had been too late for him to get home when we left the Marquee. I didn’t know where Bromley was, back then, and it never crossed my mind that trains didn’t run that late at night. As far as I was concerned, he just wanted to be with me. There was definitely a twinkle in his eye, and I guess there was a twinkle in mine too, but just as importantly, we spoke the same language… music.