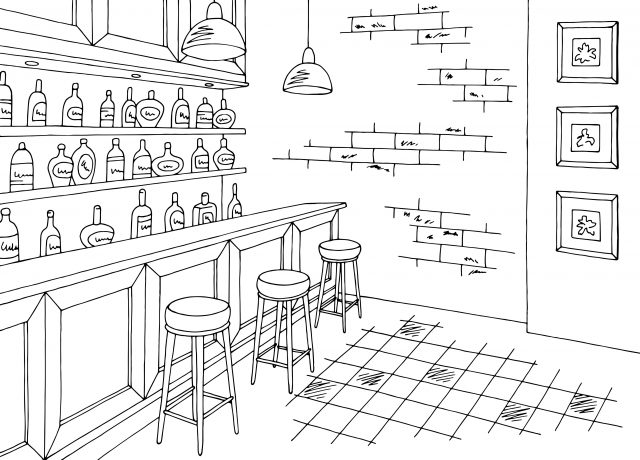 An excerpt from Chapter 4 of 50 Years of Hard Road by Nick Charles MBE.

I considered my predicament from every angle following my meeting with the fish man.

I walked for miles around the crowded streets of London, looking at various shop windows and sniffing hungrily at the different food aromas that wafted from countless eating houses. No matter what the time of day, Earl’s Court, where I finally found myself, was always milling with people, and soon I was tired of being jostled and walked into a pub to buy myself a fix!

‘Yes, sir?’ The barman’s voice caught me by surprise and I ordered a pint of bitter, the chat with my fisherman friend at the forefront of my mind. It lay on the counter for several minutes. I tested myself to see how long I could go without, and eventually noted it had been at least two hours. Then it was in my hand, and I was drinking the liquid greedily. An hour later, I was drunk and awoke in the early hours of the next morning at the bottom of some filthy concrete steps. I climbed them painfully and found myself on a demolition site of sorts. I was surrounded by rubble and other debris and craved a drink to rid me of the ghastly withdrawal and deaden the pain of… I knew not what! I rummaged through my pockets and was elated to find a five-pound note and a stack of change. I thanked God but wondered if it should have been the Devil.

All I craved was another drink to rid myself, even if only temporarily, of the chronic withdrawal which I saw as retribution for failing to heed the warnings once more. I staggered towards a busy street I could see in the distance, despite blurred vision, and headed for the nearest tube station and booked through to the Monument.

Before 6am that day, I was throwing back a brandy in the ‘Cock Inn’ opposite Billingsgate Fish Market. Three days later, I had lost my overcoat, spent my money and stood, filthy dirty, with four other down-and-outs by a wood fire at Spitalfields Vegetable Market. The story was the fire had originated after the end of the first Boer War when many former military men returned from battle and were homeless due to wounds both mental and physical.

Sympathetic market workers let the victims keep warm by supplying non-returnable wooden crates and cases as firewood, and the practice continued and the fire burned until the late 1970s. It proved to be a haven for me on very bleak occasions, until the shock of a vagrant woman giving birth in clouds of wood smoke shocked some reason back into my head.

With the help of one of the others and then members of the public, we got her to hospital, but I have no idea of the outcome. I did try to visit her, but for reasons that only registered in later years, I was not allowed in!

Hours ran into days, weeks, and months all filled with drunken insanity, in a world where I clung onto people – just like me – who had given up on any hope of normal life and living. Somewhere along the line, there was a Christmas. On occasions, I noticed drunken humans from a world where I once lived. They were well-dressed but staggered drunkenly, smart clothes askew, on their way home to face the berating of an angry wife, four hours late for dinner! I wondered how many of them would eventually join the ranks of sub-humans like me, who would then think the same of another generation coming up behind them. It was a well-trodden journey to Satan’s den.

I had stayed in the best hotels and used classy bars, then mediocre boarding houses and shabby pubs. Flea-ridden flophouses followed with cold, deserted and outdated bars. Ultimately, there were doorways or cold, windy and often rain-soaked public parks, and finally, archways under viaducts on skid row, drinking meths and hooch, made from industrial substances and liquids.

In my alcohol sodden spectral delusions, when I was homeless in London Town, I had nothing, but all night long my imaginings convinced me the deserted streets were mine.

Learn more about this outstanding book >>>